Back to the Loom

Once the excitement died down from the birthday, cards from the Queen, the Governor General, Prime Minister and many other VIPs as well as family and friends, Peg resumed her life's work of creating with her damask loom, linen warps and whatever exciting yarns she can get her hands on. Here she is, a few days before Christmas. 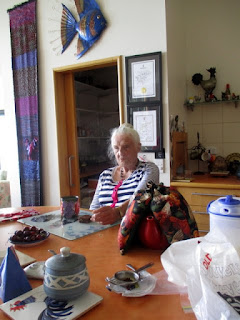 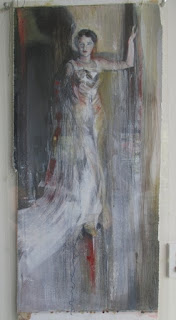 And this is Peg some decades ago, when she "came out" as a debutante. The portrait is by Emma Panting and based on a photograph of the grand occasion.

Also on her wall is this hanging which may have missed being shown with her neutral pieces earlier in the year. It is unusual because Peg cannot normally resist a blaze of colour!
However, Peg has started off her second century with a vibrant lime green
What is more she has listened to a nagging voice she has heard a time or two about not forgetting the damask technique she bough her loom for. As a result she has made three hangings using the damask weave and here you can see both the face and the reverse

As always, Peg did the warping, weaving and finishing herself, but it does help to have a taller family member to fetch and carry and hang the pieces for the photographs. 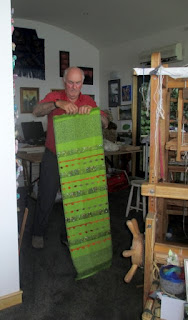 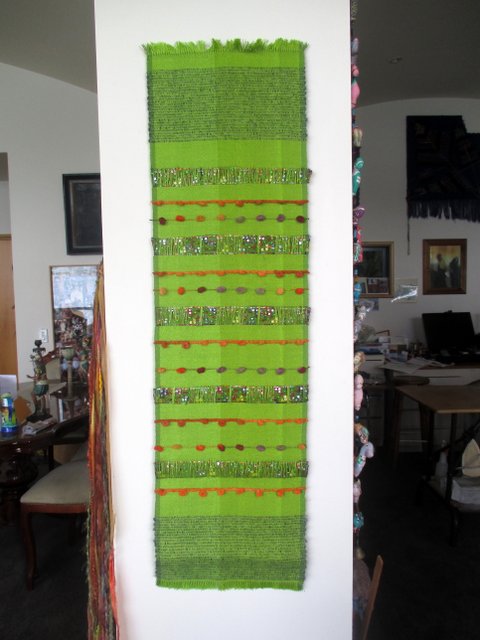 And here is Peg's signature burst of colour with quirky yarns. 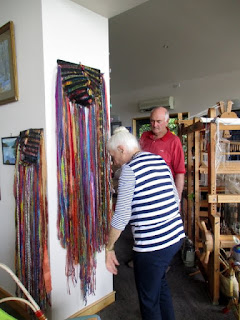 Looking back to some pieces from her "tribal" era, Peg has been titivating and improving to bring them up to date. 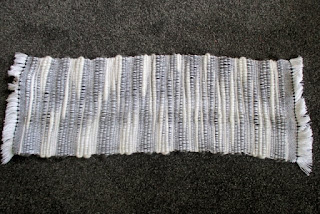 Not all is big and bold. This is a small damask mat in black and white as well as thick and thin.
So that is a great start. What's coming up in 2018 Peg? 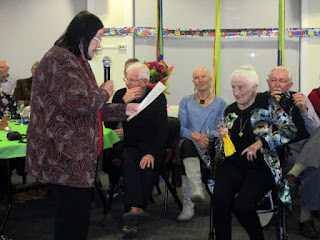 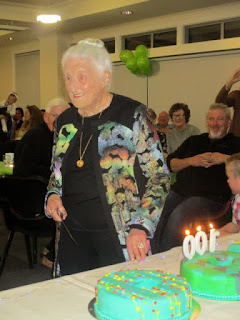 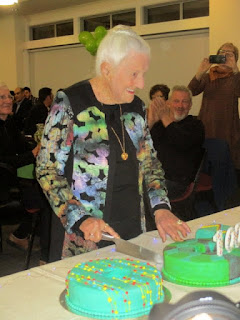 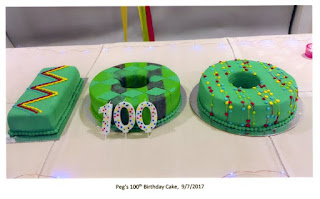 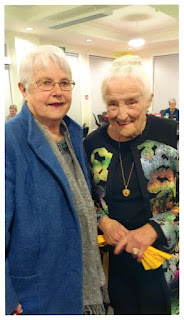